Many people who have been traditionally excluded from the business spotlight are finally beginning to make their mark, with women contributing £3.51 billion to the UK economy in 2015, according to the Royal Bank of Scotland. Yet despite growing prominence within business ownership, and in public life as a whole, the representation of marginalised groups in the literary sphere remains significantly behind the curve according to Mindy Gibbins-Klein, Founder of Panoma Press, who has set an ambitious target for 2019 that serves to address this very issue.

Many lists of the ‘top’ or ‘most recommended’ business books continue to feature predominately male authors, with one particular list of recommended business books this Christmas allocating all thirty spots to male authors. It is this bias that independent publishing house Panoma Press is committed to changing. The publisher is setting the bar high in 2019 by aiming for 80% of this year’s authors to come from under-represented groups including women, ethnic minorities, LGBTQ+ and people with disabilities.

To date, Panoma Press has published over 350 books in the areas of business, health and wellness and personal development, discovering authors from a diverse range of backgrounds, experiences and perspectives. Last year, more than 60% of Panoma’s new titles were by female authors, but the company wants to become even more inclusive. This renewed commitment for the coming year will help authors whose voices frequently go unnoticed to share their inspirational stories and hard-earned expertise, and to show others from a similar background that it is possible to gain the recognition they deserve.

“If left to chance, the books that will receive the most exposure will probably come from the same groups, such as white male authors. That‘s just not good enough. This is why we need to be proactive and rebalance the publishing industry to shine more light on the many talented authors who so often find their work sidelined, despite having so much to offer,“ explains Ms. Gibbins-Klein. She goes on to say, “If this seems like positive discrimination, maybe it is. Maybe that is what‘s needed to give diverse authors equal opportunities.“

Ms. Gibbins-Klein, who has been championing the voice of female authors for a decade, is excited about expanding the focus to authors from other under-represented groups. She is also keen to point out that this does not mean the voices of white male authors are no longer important. “This is not about excluding anyone but we do need to give certain authors priority at this critical time in society,“ says Ms. Gibbins-Klein. “It‘s about making sure we are offering true inclusion to authors, whilst giving readers a diverse, culturally rich selection of books from which to choose.”

Authors who would like to express their interest in publishing with Panoma Press are encouraged to visit our author submissions page for more information.

Work with us to publish your book

Publishing a book has proven to be a very positive marketing move for many business people, coaches, speakers and therapists.

Learn how to work with us 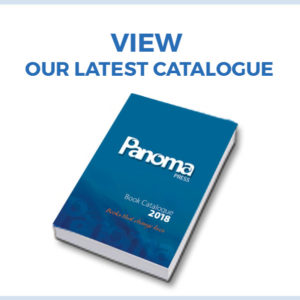